“It’s Thanksgiving Day and we need a little levity. So let’s unite two themes – holidays and unlikeable presidential candidates. A recent series of polls asked the American people their thoughts on spending Turkey Day with some of our most high-profile office seekers. Here is what we learned.”

I recently had a discussion with a colleague about the Noel Coward revival currently taking place on Chicago’s theater scene. Pride Films & Plays just wound up its production of “Design for Living” at the Rivendell Theater, which Paul and his wife attended. Later this week, Remy Bumppo will raise the curtain on “Fallen Angels” at Greenhouse Theater Center.

My colleague and I were discussing the general “chattiness” of a Coward script, and I drew a comparison between the cheeky, mid-20th century artist, and prolific, present-day play and screenwriter Aaron Sorkin. Both men have earned a place in the literary canon for witty, rapid-fire dialogue that (not coincidentally) gained public popularity in parallel with the modernization, mechanization and quickened pace of Western culture.

But you know what? When I proposed the analogy to Paul, I’d never actually read a Coward script, nor audited a production. Strange for a critic with a Master’s in English Literature and nearly seven years of theater criticism under her belt, but true nonetheless. This past Sunday afternoon, I addressed the oversight by attending the press opening of Coward’s most famous piece, “Private Lives,” from ShawChicago Theater Company. I had high expectations given Coward’s fame and ShawChicago’s solid reputation for quality shows. I’m sorry to report that these expectations were sorely disappointed.

“Private Lives,” as directed by Barbara Zahora, is a failure on many levels. But I suppose it’s logical to start with the questionable and distracting decision to have the four major players read their lines from music stands. This lent the appearance of a table read, rather than a fully developed production, and the actors themselves seemed at a loss.

As a divorced couple, newly married to other partners, Mary Michell and Michael Lasswell (Amanda and Elyot, respectively) strike the right vocal notes of banal boredom, self-involved passion and elite, upper class carelessness. So it would have been nice if they’d been able to look each other in the eye beyond the moments of physical altercation that occur in the script. How are audiences supposed to feel an indivisible connection between these two characters, when they are mostly standing still and flipping sheets of paper?

Leslie Ann Handelman does solid, whiny work as Elyot’s new bride Sybil — from a dialogue perspective. But the character’s lack of movement underscores that one is indeed, watching a performance. The comical wailing is there but there’s no corporeal bond with the material. It’s just line reading. And possibly the most likable character in the story, Amanda’s husband Victor, would have been so much more in the able Doug MacKechnie’s hands, if he’d been able to come out from behind the stand and engage a his audience.

I still found Coward’s writing fundamentally interesting and entertaining. So much so that I was prepared to forgive “Private Lives” its humorous attitude toward domestic violence. When the play was first produced in 1930, it was a different era. Women had the vote, but were struggling to shed the public and legal perception of them as frivolous property deserving of a slap.

However I was unfortunate enough to be seated next to an effusive male patron, who audibly repeated the “best” in misogynistic lines and laughed uproariously at the mere mention of assault. And as I think I’ve made clear, I had nothing else to look at. No scenery. No characters engaging with each other.

As it turns out, Coward and Sorkin have more in common than a general proclivity toward wordiness. The latter is famous for the “walk and talk” directing technique that provides fluid action served up alongside lengthy monologue. It gives the discourse organic liquidity. Sorkin doesn’t work without movement. Note to Director Zahora: Coward doesn’t either.

Last Monday night I sat dejectedly in front of my laptop, tears streaming. Many people had been killed, injured and assaulted in recent days. Others had felt the sting of cruel, frightening rhetoric. My little sister was hurt. I can’t see my sister in pain. I’ve endured many challenges and am certain more lie ahead. I can grit my teeth and bear when I’m being laid bare. Jenny’s wounds are a different experience. She’s my woobie.

The Paris attacks perpetrated by ISIS caused so much shock, grief and misery – as well as unfortunately, a virulent strain of Islamophobic political and social media discourse. For reasons she’s eloquently explained herself, the casual ease with which some are discussing closing our borders to Islamic immigrants, or worse, forcing Muslim citizens to register, is a sickening blow. One that hits close to the home Jenny shares with her Muslim-American husband Max and their two girls. As an older sister accustomed to doing whatever it takes to make my girl feel safer, I felt so useless. A single threat I can use my body to block. A vast and often nameless field of online hate? I’m a female web writer. I know how overpowering that crowd can be.

Jenny sent me a text and told me she was ready to take a digital break until the post-Paris hysteria receded. I understood. A short while later, she had a surprising change of heart:

“I feel like I want to write something. If I do, can I run it on your site?”

That “something,” Love, Hate and Islamophobia, which I am proud to have edited, has (absolutely no hyperbole here) turned into a sensation. Thousands of reads and almost 1,000 Facebook shares from this humble website. Rerun on People’s World, Nikki Nigl’s #WordsByWomenWednesday feature, supported by friends and strangers alike who’ve offered lovely words of support to Jenny and her family. She felt defeated, like the oppression of hate and intolerance was more than any one person could push through. But then she spoke. She was brave enough to disagree. And it’s a story that’s connected with people across the globe.

Once again, there’s no overstatement involved with that declaration. In the wee hours of Monday morning, Dawn, Pakistan’s #1 English-language website, ran Jenny’s essay – giving her message of love and compassion a wider audience than I think either of us dared imagine. No matter how worthy Jenny’s voice, how strong her prose, and regardless of having written for all the right reasons, that’s not always enough for the soft protest. There’s just so much damned din. But this quiet, firm revolt is being heard, read, shared, discussed. There’s a hunger to get away from the blanket canvassing of our friends and neighbors.

Somehow, even after all this, Jenny doesn’t believe she’s a writer. I told her a writer, quite simply, is one who writes. If one is read, by tens of thousands spanning at least three continents of which we’re aware (G’day Australia!), offered a regular opportunity to share a viewpoint, well I can think of a few scribes (cough) who consider that rather qualified. My pride and love only grow with this adorable, genuine humility.

We’re getting to her. My sister yearns to do important work. She told me so five days before Paris presented a terrible, urgent need for perspective. I can think of few labors more necessary than what she’s started – placing a relatable stamp on the regular Muslim family. My brother-in-law cooks mostaccioli while yelling at the Chicago Bears on television. It doesn’t get much more American than that. Max’s otherwise smiling, kind face is the one of Islam.

I’m starting to think Jenny’s a closeted poet as well. When she sent me some notes for this post, she asked me to try to convey “how a seed sprouted into a giant tree.” A kernel of exhausted disgust with hatefulness, the underbelly of humanity, blossomed into something lush and healthy – for her and in an impactful way, for community dialogue.

It’s been a full week since I cried those bitter tears of powerlessness in front of the computer. Every one who’s since spoken to me about Jenny’s forway into activism has been treated to waterworks. Only now the tears stem from another kind of pain – a pride and awe at this person you love that injects helium into the heart. You’re light, yet feel as though you’ll burst. How is it possible to sustain so much warmth and joy in someone who swims in your gene pool?

With any luck, I’m going to have to learn to cope with the sensation.

“The Cubs have given their legions of fans many gifts in 2015. But the greatest of all is the big-picture, long-term strategic thinking that made Epstein a hero in Boston. It seems rather unlikely that this management team would perpetrate a Lee Smith/Greg Maddux – style debacle. Getting an even-to-better end of a deal? Who’d have thought?  It really is a new era of hope and possibility in Cubs Nation.” 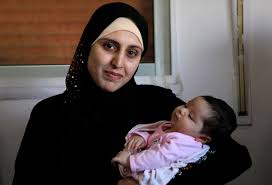 “I am not even going to try to parse the nonsense that flows through [Ben] Carson’s hateful rhetoric. It’s disproven by facts – a group of inconvenient truths members of the doctor’s party run farther from each election cycle. My issue is with mainstream media outlets. Are you not required to do more than just nod your heads and record words when potential leaders of our democracy engage in treasonous dialogue? Because you know what’s really a threat to America’s safety? Bigotry pumped throughout the Internet, the television and print for all the world to see. Reinforcing the notion in the minds of fringe groups that would destroy us that they are merely returning hate with hate.”