“By 2012, an institutionally empowered Putin (played here by Red Tape’s Marketing Director, Casey Chapman) was no stranger to taking political prisoners. The Commission on Security and Cooperation in Europe, an independent commission of the U.S. Federal Government, publishes a short list of people believed to be jailed for political reasons in Russia today. However, most of these incidents failed to garner the international attention that Pussy Riot captured, turning the ‘band’ into a political lightning rod as well as a mass-consumed piece of performance art.

Why, exactly? The play offers a few surface hypotheses (the camera-ready nature of Pussy Riot’s female rebels, renewed distrust between East and West), but isn’t here to soberly judge history. Its mission is to loudly capture the unifying, energizing spirit of mutiny.

We Are Pussy Riot (or) Everything is P.R. does a commendable job of evoking and corralling the chaos. Director Kate Hendrickson untethers her skilled, diverse cast to utilize every inch of space, as well as every body movement and vocal sound to tell a universal story of civilian pushback against Putin’s bizarre interpretation of the nanny/police state. The work offers high-decibel music, mass digital and traditional media, sketch comedy and more than anything, a love letter to the power of the proletariat.”

“The well-cast ensemble executes its broadly stereotypical roles with panache. Trevor Strahan nails his character Matt’s encroaching, The Wolf of Wall Street, seemingly coke-fueled madness. Mr. Strahan is all bug eyes and bulging veins in his expression of the dominant but threatened white male corporate psyche: all panicked, overt misogyny and latent racism. Shanna Sweeney’s Alice, the office’s saintly workhorse, injects her performance with just enough frayed anger to indict the character in the team’s moral and physical collapse.

Most interesting is Jonathan Allsop’s sales newbie Dylan, who devolves from “aw shucks” nice guy to a boorish, patronizing shark in record time. Is this transformation inevitable nature or Trudy-induced nurture? Neither the script nor Mr. Allsop’s performance gives it away.

In an intermissionless 90 minutes, Human Resource(s) morphs from light office comedy to dark absurdity when one of the team members is literally stabbed in the back. There is a whodunit that turns out to be nothing but human self-destruction in the face of real or imagined loss. It takes The Drew Carey Show to Fight Club.

Why so many pop cultural references in this review? Because they all occurred to me as I watched Human Resource(s). There is a fine line between inspiration and derivative, and while the production’s overall experience is successful, it’s a good synthesis of what has come before. Ms. Means’ writing suggests that she has more to say, and it promises to be engagingly original.” 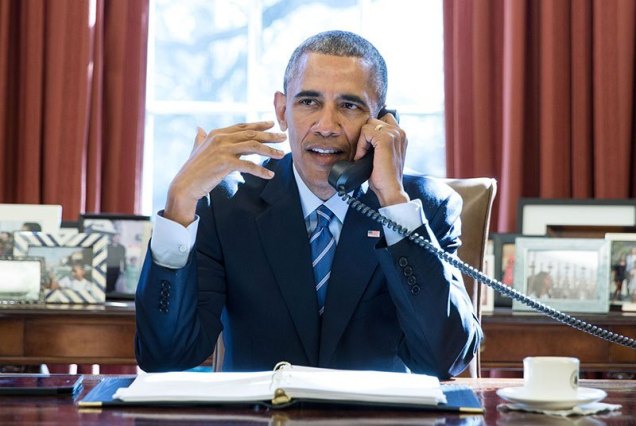 “There is an entire webpage on the website Popsugar devoted to President’s Obama’s rapport with children of every gender, race and socioeconomic status. When it came to our most precious, precarious and promising Americans, Barack Obama was the father, uncle and friend we wished for every kid. The guy with the nuclear codes who would gleefully let a tiny Superman knock him out on Halloween. As one-time adversary, Senator John McCain famously said of Obama in 2008: “He’s a decent family man [and] citizen that I just happen to have disagreements with on fundamental issues.”

I haven’t seen any polling on this of course, but my hypothesis is that the 42 plus percent of voters who stubbornly support Trump would still prefer he not babysit their children.  This is after all, a man who did not want to bestow the moniker of “Donald Jr.” on his firstborn, because he could grow up to be a “loser.” He also proudly reported that throughout his three marriages, changing diapers was a duty he shirked.

But even if 45 were a parent of greater natural aptitude, affirmation and grace, his public and private conduct are a daily rebuke to this country’s casual, destructive acceptance of toxic masculinity. On Father’s Day of all days, we must look at our little girls and remember that our nation is led by a man who boasted of grabbing adult women by the private parts, and sneaking uninvited glances of disrobed teenagers.”

“Younger audience members who’ve come of age in the era of RuPaul’s Drag Race may not immediately recognize Ms. Blakk’s public political crusades as the daring acts of civil disobedience that they were in 1992. To help provide context, the production makes liberal use of historical video footage displayed on old-fashioned tube TVs hung from the Steppenwolf’s Downstairs Theatre ceiling. We are still two years away from President Bill Clinton’s abominable “Don’t Ask, Don’t Tell” military service policy, and four years out from the Defense of Marriage Act (DOMA). The AIDS crisis is in full swing and people are dying.

As the candidate representing Queer Nation just four years after Ronald Reagan left the White House, Ms. Blakk and her support team have one real ambition: to get on the floor of the Democratic National Convention, hosted that year in New York City. In a pre-Internet media landscape, global television cameras trained on a man in a dress had the potential to draw significant attention to a modest agenda. In full makeup, tall and dignified, Ms. Blakk goes to New York with a message. The right to life and liberty guaranteed by the American Constitution applies to LGBTQ citizens, too. Those promises have been betrayed by hate, violence and a listless approach to combatting an AIDS epidemic that has legions of America’s finest young men lying in hospital beds.

Read the full review at The Broadway Blog. 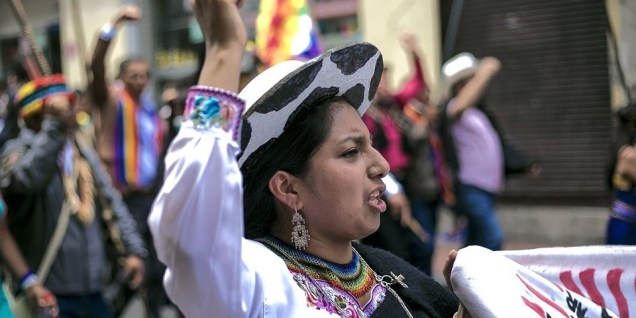 “In ways that most men fortunately never have to consider, what happens to a female warrior of social justice in the center of Africa matters very much to a stay-at-home mother in Dubuque, Iowa – or at least it should. The daily news cycle, and research data such as that highlighted by Forbes, provides evidence of what most of us know by instinct. Mankind’s oldest sociopolitical tool for controlling and silencing women – violence – is as prevalent as it’s ever been.

But where the law has frequently failed to guarantee women their rightful participation in the public, private and professional spheres, perhaps the troubling data reflects a present and undeniable silver lining. A grotesque validation of our gender’s global progress. Men do not fight what which they do not fear. Information can be just as powerful and innovative as brute strength, and we can use it to find new ways to protect our bodies and voices.”