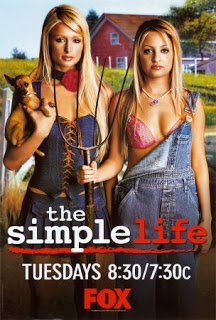 I have to tell you guys, so far, semi-unemployment really looks good on me. When I announced my intentions to leave the ADA to pursue freelance writing, a corporate writing job, or both, when I wasn’t getting looks of disapproval for leaving a safe and solid full-time gig in an awful economy, I received skepticism from those who wondered what I’d “do all day.” In reality, I have spent only a minimal amount of time drinking wine and watching all the programs on my DVR, as I had fantasized. I have actually been busier than a one legged man in an ass kicking contest, and I love it. Why? Because frantic as I have been, the actions I perform are twice as satisfying. Instead of working for “the man” doing things to further someone else’s agenda, that I may or may not believe in, everything I have done this week is for myself or my family. Though the compensation in terms of dollars is much lower than what I am used to, I am infinitely more satisfied.

I have published another article for the life coach in California. Here is the link for anyone interested:

I also published my first small piece for the Institute for Public Dialogue. Scroll down to the small section on China and Tibet:

I must confess that researching and writing this latter bit really got my nerd juices pumped and flowing.

I continue to apply to different freelance postings, as well as sending out resumes to “standard” corporate entities, as long as the work is writing related. But the most important assignment I am occupied with at the moment is the tribute I am preparing to deliver at Jesika’s second memorial service on Saturday, May 23rd. I have been chosen as one of the lucky people who gets to talk Jesika, a woman who affected my life so positively for 16 years. It is important that I write my speech out and practice it beforehand. I believe that repetition of the material may help in preventing a public emotional breakdown. Those of you who know me realize how possible that is.

I miss Eddie, who is away traveling for work in South Carolina. I always long for him when he is gone. I have a small voucher left to use on American Airlines and we are currently working out a plan for me to join him in the South for a few days at the end of the month. I will drive his rental car around and explore while he works.

I realize that my posts on this blog can be a huge downer at times. I am, I have admitted before, a relatively serious person, alcohol misadventures notwithstanding. But right now, I am feeling fine.