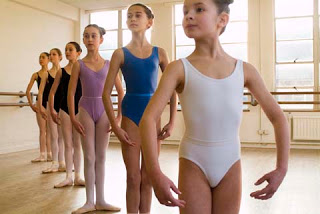 Since Thursday, April 16th, I have put on 6 pounds. I am typically very mindful of my exercise and diet habits. Jen was gifted with the metabolism and body type of our father, which allows her to pop out children after a 9 month diet of cheesesticks and couch surfing, only to regain her original figure approximately 10 days after bearing her fruit. I am not so lucky. I take after the pear-shaped, bottom heavy body type of our mother. Unfortunately, this means that if I experience a bad few days – no time for exercise and food consumed with abandon, I am going to pack on a few.

I left for Israel about a month ago, and freely admit that I “let myself go” while with my friends. It’s a constant struggle to balance my routines and neuroses with allowing myself to enjoy new experiences fully. So I put it all aside for the nine days I traveled, working out sparsely and sampling the cuisine everywhere I went, without too much worry about my waistline. It was a happy time. But then I came home to the news that Jesika had passed, and I am not too disingenuous to declare that I embarked on three full weeks of emotional eating. My exercise schedule was back on track, but every bit of sweat I poured forth was almost immediately undone by late night cookies, Indian food buffets, and the like. I had felt pretty good about myself while swimming in the Mediterranean Sea. But all of the sudden, on top of grieving for my friend and worrying about the next phase of career, I had a nice case of self-loathing and poor body image to add as the cherries on top of my sundae of misery.

I was sort of getting fed up with myself last week, but after a weekend spent gorging on carne asada at my friend Wyatt’s BBQ (coupled with a dessert feast of vanilla coconut cupcakes), I decided to put my foot down. I met my trainer, Rob, on Monday, who I see twice a week. He has been on me about my diet for awhile. Not because he thinks I am overweight; because I whine about not being able to shed those last 5 pounds (which have now become 10) without the discipline required to ignore all four desserts when I finish my Indian buffet lunch with Eddie. I told Rob I was ill with this cycle of hard work followed by guilt, and was ready to put myself back on the path to summertime hotness.

Goodbye garbage food, hello low carb/high protein meal plan. It isn’t easy, but I am determined. And I remain as serious about reaching new fitness heights. On Tuesday morning, I was up with the sun at 5:30 AM. Weeks ago, my good friend Diane had sent me a coupon for a free workout at this studio called the Bar Method, located at Belmont and Sheffield on the North Side. The class focuses on micro movements, influenced by ballet. I do some light ballet in my own home workout programs, so figured it would be tough, but certainly doable for a fitness maestro such as myself.

I have long known, especially in my case, that arrogance leads to a heavy fall. Yesterday morning was no different. I reported to the Bar Method at 6:45 AM, bottle of Gatorade G2 in hand, ready to sweat. All of my classmates were women, of all ages, shapes and sizes, and I felt my confidence build. I was given a tour of the studio and its amenities, which were both comfortable and lush. I actually began to wonder if this little session was going to be enough for me.

I entered Studio A promptly at 7:00 AM, and immediately began to panic. There was no light warmup. We went immediately into some intense sets with varying handweights. The instructor was about 5’1″ to my 5’8″, and probably weighed 95 pounds with dumbells tied around her ankles. She demonstrated each and every move with utmost grace. I have never felt such a clod in my life as I huffed and puffed, wheezed and collapsed red faced at the end of each pose. How in the world can such tiny movements cause my arms and legs to tremble like a detoxing crackhead? The only thing that kept me from bursting into tears of pain was looking around the room to see most of the other women writhing in the same agony.

As I told Eddie about the experience that night, he assumed I would never return, because to the logical male mind, it is easy to wonder why anyone would choose this form of torture again. I told him I couldn’t wait until next time. The extra 6 pounds I am carrying: you have been put on notice. Don’t eff with the Bar Method.