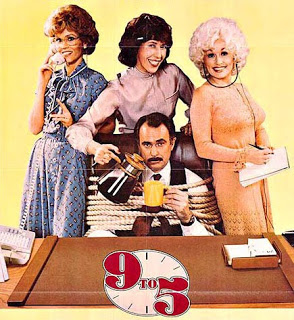 I promised you guys that if I managed to succeed in landing the job this time, I would provide the full details about the position I interviewed for last week. Well I am happy to report that after just a few days on pins and needles, I met with success!

You are reading words written by a brand new Field Researcher for the Chicago Department of Tourism. It is a a mostly full-time, contract opportunity, which suits me just fine. I am used to having space in my week for the gym, freelancing writing projects and domestic chores. With just a little more hustle, I won’t have to sacrifice any of that in my new line of work. I also like the idea of easing my toes back into the day job pool slowly, without a long term commitment. Because you never know when Entertainment Weekly might come calling for me, having read my reviews for the Edge, with a plum slot as one of their stable of critics – right? Am I right?

Anyway, I will have ample opportunity to entertain these and other daydreams as I traverse my way throughout this beloved City in my new assignment. If I tried to paraphrase the specifications of my work, you are liable to accuse me of making things up. Therefore, I will post the job description pulled right from the HR listing. You may begin to understand why I initially though this was too good to be true:

Purpose: Participate in a large-scale mapping project to build an inventory of Chicago’s tourism programs and services, historical/tourist attractions and notable commercial businesses or other organizations, for all of Chicago’s 77 neighborhoods.

Location: Office located in Chicago’s loop, but position will mostly consist of travel and extensive fieldwork in all 77 neighborhoods.

Come on! I will be given a free 30-day CTA pass at the start of each month. My job is to then spend days wandering in a particular neighborhood: trying new foods, seeing new places and venues, then write up the details, report them to my bosses, and have them published on a fabulous web site. In return for this “work” I will be paid. Hell yeah!

My hands were shaking as I sent in my resume, and thanks to a little networking via my good friend Mark, who works downtown at the Cultural Center with the Tourism folks, I knew about the opening early. He allowed me to name drop him as well when submitting my application. So the rumors we have heard turn out to be true in my case: the only way to land a decent job in 2009 is to know somebody. Thanks MB!

I start next Monday. That means this is my last week of semi-unemployed sloth, at least for the next 3-6 months. I have two reviews to write for the Edge, and some work to do on a couple other freelance projects, but I also plan to stop and smell the early Fall roses too.

The first seven months of 2009 were a 13-car pileup, a cluster of misery of the worst variety. But things are on the upswing for me and mine heading toward the end of the year. I am so thankful.