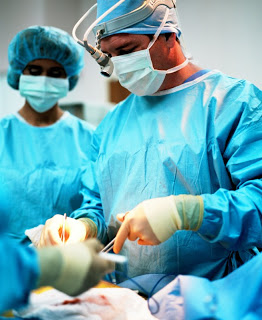 I haven’t had a regular day job in more than four months. I think this often gives folks the erroneous impression (often encouraged by me) that I am a slacker who has nothing but free time on her hands. Not so. I will not bore you with the mundane details of a typical day but between my causes, freelancing, household chores, family business management and job seeking, Eddie would be the first to report that I appear to be stretched thinner now than when I “worked.”

But by any standards, today is a doozy that will require a plethora of mental and physical strength.

The morning began at 6 AM when I got up to straighten the house, and myself, prior to wrestling Snuggy back over the vet. I use my choice of words purposely. You would not think a near toothless old cat, with a jaw infection and an absence of front claws would be able to put up much of a fight about anything. You would be wrong. I became seriously afraid that I might accidentally break Snuggy’s neck while shoving him back in the cat carrier. He was apparently onto my ruse that we were just going out for a nice, early morning mother and son walk. Gratefully, my back seat remained free of pee on the short drive to the animal clinic. I should be able to see Snuggy again after 3 PM this afternoon.

Before that time, I have to shower, dress up like I am trying to impress somebody (have almost forgotten what this is like in my unemployment uniform of t-shirt and sweats), and head downtown for a job interview. As Boop has crashed and burned several times this summer in a high profile way, she chooses to release minimal details on this opportunity. All I will mention is that it’s just about perfect for my current needs, and I will be happy to tell everyone all about it should I meet with success.

After I get off the el, I will have to get back over to Uptown Animal Hospital and bring the patient home. I should have just about enough time to wolf down a snack before hopping the el back downtown. I have to see a play for the Edge called Stoop at the Goodman Theater tonight – 7 PM. Shows at the Goodman are almost always high quality, but truth be told, I feel a little guilty that Snuggy will be home alone tonight. This is one instance of about 10 million when I wish my husband were not always on the road. I will be running from the theater faster than usual.

I hope whatever you are doing on this cloudy and humid Monday morning, whatever hoops you are jumping though, whatever annoyances you are coping with, you know it’s all worth it.