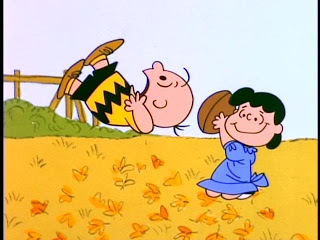 Granted, my recent posts have been a little dark, but it’s not always gloom and doom in Boop’s World. For the last four years, I have been competitively involved in my friend Wayne’s annual Pick a Winner football pool (better known as “PAW” by fanatics). For those of you who have never participated in this type of exercise, the premise is pretty simple. Pick one, and only one team to win their match each week. The catch is that you may use each franchise only once. So this year, when I used the New Orleans’ Saints in Week 1, who have gone on to dominate their division, they were lost to me for the ensuing 16 weeks. The game is pretty easy the first few rounds, but about Week 8 or 9, when you have used a lot of the best teams and have to start dipping your toe into the chaff, things can get messy. All it takes is one bad pick and you’re done. There are no second chances in PAW.

Here is a recap of my history in the pool. Needless to say, I have an aptitude for the game:

Yesterday was Week 11 of the NFL season, and I did something I normally do not: solicit advice. Up to now, my strategy has been to go with my gut, after a little bit of research. But lately my instincts appear to be on the fritz, so I thought I’d reach out. There is after all, $1800 at stake. My Yale-educated co-worker, a delightfully odd little man named Ned, provided me with his best calculations, based on my pick history and available teams. He not only selected the club I ought to have gone with this past weekend, Arizona, but suggested picks for the next two weeks as well. How lovely.

Only I went with my gut and picked Cinncinati. The rest, as they say, is now history.

Dammit! Wait ’til next year? What’s the point of soliciting Ivy League advice Boop (I ask myself) if it is not to be followed?!

I am quite the competitive one. After the game ended, with a pick thrown by Bengals’ QB Carson Palmer in the last seconds, my husband came and hugged me solemnly, whispering the words “I’m sorry” in my ear as though I’d just been laid off. I tend to distort loss/failures on my part under any circumstances, but when it comes to sports and money, my trauma can adopt epic proportions. Just ask Eddie about my Week 17 meltdown last year (Brett must die).

So I am hurt today. But will I ride again in 2010? You betcha! Come to think of it, PAW might just be the most appropriate metaphor for my life as a whole at the moment.