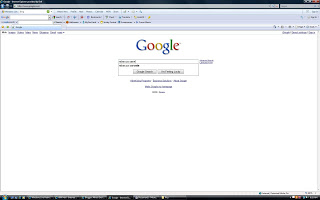 I know it’s really small, but look! My name autocompletes on Google!

This caused me a considerable degree of excitement last night, because, as recently as a month ago, this was not the case. This development in my writing name recognition is purely the result of my work for the Edge, as a theater and book critic. Not only do I get “hits” for my reviews posted on the site, but my writings are in turn repackaged and requoted on other websites such as Beacon Press, Theater in Chicago, the Drury Lane and the Auditorium Theater.

Though I have recently been nominated for two awards by the Illinois Women’s Press Association in their “Features” category for my work for StreetWise on the topic of urban agriculture, StreetWise does not have an online edition. Though my reporting for the publication certainly boosts my chops and credentials, this does not raise my profile digitally. The awards will not be handed out until May, 2010, but I will be sure to post the outcome when the time comes (like you could stop me anyway).

I have had a lot to be dour about this year, and I have certainly struggled to feel “accomplished” at many intervals. The New York Times has not come a’knockin’ yet, but I left the corporate world just seven months ago to try and make a name for myself as a writer. According to the folks at Google, I am on my way.