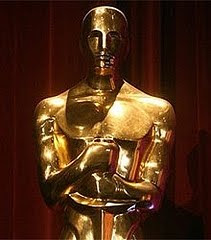 I have a plethora of nerdy stories to share, and I will share them in time, that will clearly illustrate I have always been uncool. It’s not like publicizing the fact on a blog makes it shocking. It is a truth universally known in my own circle. Not only have some of my past hobbies made it amazing that I ever had sex at all, but it redoubles the thrill of victory that I managed to land a hot husband. Because honestly, I might look alright, but I am a DORK.

Case in point: in the spring of 1996, as a member of Lincoln Park High School’s Academic Decathlon team, I won a gold medal in the interview category. It was the regional competition at Senn High school, and though I had a decent day overall, I knew as soon as I walked out of the classrom where students chatted with judges, that I had nailed it. The crux of my repartee? A detailed, charming and lengthy chat about why I hate to find myself out of the loop on Oscar night; my quest to be as informed when I watch the annual telecast as I am while watching the SuperBowl after 17 weeks of play. Seriously, this superficial swill won me a gold medal, out of about 100 contestants, because I was so freaking earnest. I leave you to decide which is the most nerdy part of this anecdote: Academic Decathlon, a Hollywood insider’s rant about the Academy Awards, or the fact that I was earnest in doing so (there’s honestly no better word to describe it).

But I digress: another year, another Oscars awards show. This year, the producers (including the fab Adam Shankman) are mixing it up: two comedic hosts (Steve Martin and Alec Baldwin), no more Lifetime Achievement honours during the televised program (thank you!) and count them, 10 Best Picture nominees. The latter change is a throwback to the Oscars of yore, pre-1950, and has already lived up to its potential to be exciting and controversial.

Although, in the end I did not see many of this year’s Best Picture nominees, having watched A Single Man and Crazy Heart be shamefully overlooked in favor of the overrated and overhyped Avatar (yes, I said it) and The Blind Side (Really?), I am prepared to call the race for a film I still very badly need to fit into my schedule: The Hurt Locker. I have yet to hear anything less than stellar feedback about this one, and I think it’s high time a female helmer walk off with the Director’s trophy too. Recent bad PR karma caused by an overzealous producer aside, I think it’s Bigelow’s year all around. Please let it not be James Cameron.

If I am wrong, I hope the error favors Precious, Up, or Up in the Air. Who is your favorite this year? And do you like the 10 nominee format for Best Picture?