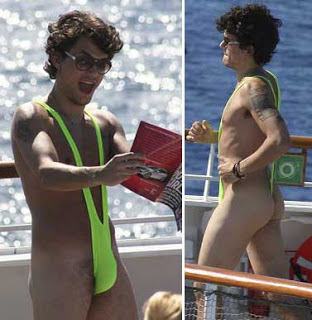 A few weeks back, my co-worker Lora and I took a little break from the grind to play a game. It was called “What celebrity would you like to have hit on you, just for the joy of being able to turn him down?” Lora’s choice was Brad Pitt, a controversial one for certain, and largely driven by the ugly beard he was sporting that he has since shaved off.

My pick was instantaneous and for me, way too easy: John Mayer. For years I have watched this slutty egomaniac get famous for too many things besides his music – like his sidewalk press conferences, endless Twittering and the stream of hot Hollywood babes he has banged, and then had the class to report about. Never will I understand what some of these impressive women saw in this fleabag (et tu Jennifer Aniston – twice?!). Incidentally, I might also mention that I hate his music. He may be a fine guitar player, but his singing voice sounds like a small barnyard animal in heat.

So it’s clear I do not like the guy and would love to personally give his ego a check if the opportunity presents itself. But it seems Mayer himself has beaten me to the punch. Have you folks seen this? I could paraphrase, but it packs a greater wallop to read the disgustingness first hand:

If I had any respect left for Mayer, I do believe this would have finished it off. Is there anyone out there who will admit to being a Mayer fan? If so, what do you make of this seeming attempt to self-destruct?