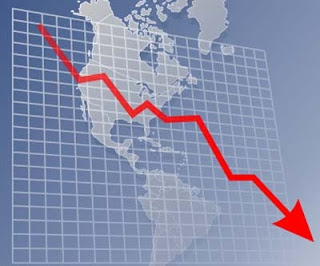 Eddie and I are doing our part this month, and I suppose every dollar counts since most Americans have rethought their free spending ways since the economy buckled in 2008. A massive depression and record unemployment will do that to a country. In some ways that is for the best. Our national debt has been closely rivaled only by our collective personal deficits. 2009/2010 has been a painful, but in some ways needed period of adjusting expectations and fiscal habits.

With me mostly out of work (I freelance, but that ain’t paying no gas bill), my husband and I have also responded to the new economic realities of this decade. Much discussed plans to buy our first condo have been scuttled in favor of renting a bigger place. We’re heading to Rogers Park in two weeks. I don’t believe we’ll be engaging in any real estate transactions for a few years. Home prices need to stop falling, and credit markets need to release their chokehold.

Then there’s the depressed auto market. Eddie and I planned to stay away from that too, having just paid off his 2004 Mazda 6 last month. However, the old clunker, my hubby’s convoy as he moved around from Arizona, to California to Illinois after grad school, had different ideas. In the last year, we’ve dumped over $3,000 in repairs, the final $900 coming this week. It stopped making sense to prop the old girl up any longer.

As of Monday evening, we are the new owners of a Mazda EX-L:

I know, I know, we didn’t buy American or a Hybrid. I thought about both and do feel some guilt on those scores, but Honda is reliable, affordable and throughout March, giving 1.9% APR financing to qualified buyers. We didn’t plan to purchase this year – funds and time were limited. Sue us.

So I am off to celebrate my personal boost to the stalled American economy with a logical reward: a pig out Indian buffet lunch. See – we’re helping small immigrant business owners too. We’re givers.