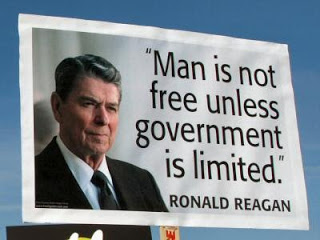 I have a close friend, whom I will call David for the purposes of this post, who presents me with an intellectual challenge. David is a well-informed 26 year-old African American man, and an unrepentant capitalist, Libertarian and disciple of Tea Party guru Ayn Rand.

Though David is a Libertarian in the philosophy’s purest form, i.e. a believer in equality and opportunity for all who supports gay marriage, and applauds female momentum in the workplace, he also finds himself in agreement with the likes of Rand Paul, a Tea Party candidate for the Kentucky Senate, who once mentioned that the Civil Rights Act of 1964 represented the continual overreach of the Federal government. Now I am a very opinionated person, as you may have noticed, but I am not fond of surrounding myself with homogenous head nodders. My quest, as it always has been, is to learn and discuss. Obviously, my friendship with David is fertile ground for this mission.

Over lunch one day, I asked, incredulously, how on Earth a black man could stand in opposition to the Civil Rights Act?! His response, as logically explained as it was subversive, took on a decidedly Bill Cosby slant. His complaint was that an attempt to equalize opportunity for the African American community has instead enfeebled it, viewing as David does, that the Civil Rights Act is the parent of the current welfare system. Now one can take issue with that position, as I certainly did, but one of the things I like most about David is not only his fearless individualism, but the well researched way in which he defends his beliefs.

At one point in our tete a tete, I flatly asked David the following question: “If Tea Partiers are Libertarians, lovers of personal freedom and deregulation, shouldn’t they be foursquare behind the gay community, as it continues its fight to participate in legal marriage?” David, who is quick to dissociate himself from the Tea Party Express, claiming with certainty that its members “don’t understand their own ideology,” agreed and pronounced furthermore, much as the NAACP did several weeks back, that the populist group should also disown the patently racist elements within its own ranks.

Much later, as I mulled over the content of this calmly spoken, but contentious personal debate, I found myself returning again and again to Shirley Sherrod. By now, most of us are aware of the tragic hatchet job performed on the tireless senior member of the USDA. Conservative blogger Andrew Breitbart embarked, two weeks ago, on a disingenuous exercise in “gotcha journalism,” an attempt to defend the Tea Party from accusations of racism that instead only underscored the malevolent underbelly of the movement. This suspect and utterly partisan “news source” was able to single handedly humiliate an innocent woman, along with the entire White House and our national media apparatus, as though the latter isn’t already doing that well enough on its own. I will never forget, much to my chagrin, that I first heard the “story” of Sherrod’s supposedly racist remarks at an NAACP event, from Anderson Cooper.

My quest here is not to vilify pop culture’s lazy detection skills. Plenty of pundits, bloggers and journalists are already handling that. Instead my question, as relates to my conversation with David, is to wonder if we would have ever completely grasped the depths of injustice meted out to Shirley Sherrod WITHOUT the Civil Rights movement of the 1960s? As author Joan Walsh writes in her essay, “The Civil Rights Heroism of Charles Sherrod:”

“People who care about civil rights and racial reconciliation may eventually thank Andrew Breitbart for bringing Shirley Sherrod the global attention she deserves. Really. Her message of racial healing, her insight that the forces of wealth and injustice have always pit ‘the haves and the have-nots’ against each other, whatever their race, is exactly what’s missing in today’s Beltway debates about race.”

Point taken, Ms. Walsh. It is quite ironic that Breitbart set his smear in motion, using one of the few everyday American citizens who can point to a formidable historical record in her defense. And without the Civil Rights Act of 1964, would Mrs. Sherrod have ever held her position at the USDA in the first place, let alone be able to fearlessly defend it?

I haven’t posed these questions to David yet, but I will. I am not wholesale opposed to Libertarian values, and in fact, there is much to be admired in a vision of unlimited personal freedom. But I think that the economic collapse of 2008, the following automaker bailout, and the current BP Gulf disaster have gone a long way toward demonstrating that unchecked liberty, at least on he corporate level, is less than ideal. I don’t think it’s a great leap in logic to extend this view to the human condition. It is only because of the Civil Rights Act of 1964 that an African American man and a Caucasian woman can openly debate Tea Party politics at a sidewalk cafe.