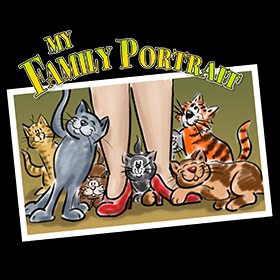 I was engaged in a text message conversation with my oldest friend in the world last night. Bob has known me since I was four years old, the year my family moved back to Chicago after my father’s stint in the Army. Bob and his clan lived down the block from my maternal grandparents and we attended the same grade school. There is very little he doesn’t know about me and vice versa. That idea could be scary, the inability to hide anything from another, but for me, it’s always been a source of comfort. In a world where I feel woefully misunderstood more often than not, the fact that I don’t have to say anything at all for Bob to know exactly where I am coming from is a wonderful perk.

So we bantered about his return to Chicago in mid-May for the occasion of his eldest brother’s wedding. Bob asked in one message if he had told me this information previously and I rejoined that he had clearly gone old and senile, because yes, I had heard this before. Ha ha. Until…..

I read his reply: “You are almost 33 and maybe I should get you a kitten since you’re turning into a cat lady.”

Yes it’s true, I live on my own now, in a studio apartment after my official separation last weekend from estranged husband Eddie. It has been a process and I am struggling to overcome waking up each morning with the distinct impression that I am missing a limb. My only companion for the time being is one very spoiled, very fat seven year-old cat by the name of Jordan. He has picked up with the same sense of loud entitlement where my ex left off. I have considered a little brother or sister for Jordan, but he’s never been good at sharing: space, attention, food. We’ll see how things go.

Bob meant nothing by his off the cuff text. He was only giving as good as I did with my senility dig, but something about what he typed cut straight to the heart of all my worst fears and insecurities.

Years ago, I remember watching an episode from Season 4 of Sex and the City. It’s the one where Miranda’s mother dies and the girls attend her funeral. Although I was in my 20s at the time, an astute observation from Miranda struck fear into my singleton heart:

“I’m fine. But everybody else is very concerned about me because I’m here alone. I didn’t realize I needed a date for my mother’s funeral. My sister and her husband want me to thirdwheel with them down the aisle ‘cause God forbid that I should walk it alone, because that would be the real tragedy, right? lgnore the coffin. There’s a single 35 year old woman walking behind it.”

I am approaching 35, and though I am satisfied with many aspects of my existence, I am well aware that a twice-divorced single woman has diminishing prospects of uncovering her soulmate at this stage of the game. I am not a fatalist, just a realist, and further complicating those odds is the “touch me not” state that my mind and body currently occupy.

At the same time, I recognize the looks of “concern,” the subtle vocal suggestions that I have become an object of pity amongst a section of my social circle: the invitations from happy couples to “thirdwheel” it when they go out for drinks, the suggestions from well-meaning girlfriends that I should meet their mate’s best friend’s-brother’s-cousin-who-went-to-Yale-law-and-oh-yes-he-reads-books-too.

It’s a question as old as the women’s liberation movement of the 1960s, but why is it that a single man of the same age, who may also be a couple of times divorced, just doesn’t engender the same sort of worry? I might as well ask that question of myself because my thin-skinned reaction to Bob’s playful barb exposed just how ingrained into my subconscious the backward rules of sexual politics actually are.

As I meditated on the subject while performing my bedtime rituals (an insanely long process that may have done more to drive away my partners than any love of felines could), I asked myself what’s so wrong with being a cat lady anyway? Jordan’s love, adoration and body warmth require very spare emotional bandwidth. They are unconditional. All he needs me to do is love him back.