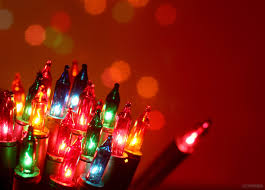 In 2013, my then-25 and 33 year-old paternal cousins, female and male respectively, got into a holiday tiff that devolved into a food fight. My sister’s delicious cupcakes were the weapon of choice as the siblings angrily ground frosting into each other’s skulls. Alcohol may have been involved.

Except for the baked goods, there was only one casualty of the melee – a brand new pair of jeans from The Gap. I was wearing these when I had the misfortune to get caught in their Tasmanian Devil-like cloud of rage. I planted my left foot in order to pivot and move in the opposite direction. Male cousin dropped his considerably larger hoof on top of mine, and as I turned my knee, I heard the sickening tear of denim. In all the confusion, Jenny wasn’t aware until much later that my wardrobe was damaged. I believe her laughter was devoid of sympathy.

Last year, when I was 36, I took a proactive approach to the extended family Christmas. I was dating a 23 year-old gentleman at the time, and though the lark was invigorating and prepped me in many ways for my current relationship, it would be a waste of breath to try having an adult conversation with my uncles. Two of my father’s four brothers have never met a low-hanging joke they didn’t find worthy of repeating – loudly and often. I calculated that if I owned the unusualness of the situation, making a few cracks at my own expense, they’d quickly move on. Huge mistake. The cradle robbing puns flew fast and furiously. I drank at least three bottle of red wine to match the shamed ruddiness of my cheeks before going home to pass out.

Bob and I have been together for a year this coming February, and have cohabitated for almost six months. He has met nearly all of my friends and spent time getting acquainted with immediate family – particularly Jenny, Max and the girls. But somehow we’ve kept missing the Wisconsin contingency.

Although my dad has been out of our lives for some years, his five siblings, many of their children and the smallest generation of Bluemels remain a vibrant, silly support network. I spent too much time nursing anger and resentment at their collective failure to intervene during our childhood crisis years. I know now that my father’s mental illness, combined with my mother’s sociopathology, offered no easy course of action. Everyone did the best they could with their own families to manage. As Jenny and I grew into adults, there seemed to be an unspoken agreement that our presence came first. That we deserved to know it. As my father descended further into madness and strange behavior, extended family gatherings opened wider to my sister and I.

This Friday afternoon, Christmas Day, the private world of love, acceptance and contentment I enjoy with Bob, a world that I have shared with my sibling and her tribe, will finally collide with the extended clan. My partner is a relatively quiet man in a crowded room, and my family is rife with big, noisy personalities. I wasn’t grown in a cabbage patch, you know? The volume and verbosity run through the blood. There was a period this year when I wondered if Bob would be overwhelmed by the meeting.

Somehow Bob never seems to tire of me – my voice, rebellious and open approach to life, wild ideas, ambition, clumsiness, aversion to food preparation. A couple of months ago, after we drank way too much free hooch at the open bar of a friend’s wedding, he leaned over and whispered in my ear: “I’ll miss you when you’re gone.” I found that a rather fatalist remark on an otherwise fun evening and pressed him to explain. Because for me this is forever.

My boyfriend intoxicatedly clarified that “when” meant any future moment when I’m not at his side – like on a bathroom break. I’m with someone who wants me around. The inner child with abandonment issues revels in that certainty like a warm pair of sheets fresh from the dryer.

So I’m not worried about Christmas. Bob loves beer and sports – two perennially popular topics at the holiday dinner table. And there’s always the unity offered by taking the piss out of me. Although I haven’t always enjoyed the thought, the Bluemels are a huge piece of who I am. And for the first time in a romantic relationship, there are no parts I wish to hide from my significant other. There’s nothing I fear losing.

Bob will listen and observe, answer questions when asked and I suspect he’ll find a soft spot for my uncles’ one-liners. He’s no stranger to corny, terrible puns. But if he finds a new pair of jeans under the tree Christmas morning, he’s been advised to leave them at home.

One thought on “A Very Bluemel Christmas”