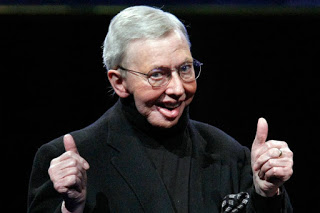 I am a fairly tortured soul, as is obvious to anyone who either reads my work regularly, or is personally acquainted with me. My childhood struggles were complex, painful and more than any kid deserves, but I have been pretty fortunate as an adult. The bulk of my psychological work these days is to try to make sense of my past and come to terms with it; to find a way to live and move forward despite having the two least capable parents on the face of this Earth, who still pop up to torment my sister and I now and again. But as I mentioned, in adulthood, Jen and I have a pretty good thing going: solid marriages, thriving daughters and nieces and a wonderful relationship with each other. I often forget to count my blessings, which I believe the self-indulgence of writing often renders a tempting oversight.

In the last 18 months, I have come across the stories of three of my fellow female graduates, Lincoln Park High School class of 1996, that render me shamefaced with my own weakness. What these brave, formidable women have endured, I am certain I would never have had the stones to face. And the accounts of their survival and endurance must be shared, must be written by my pen, so that I can continually remind myself of the preciousness of life, that I haven’t a moment to waste in depression and wallowing.

Right before the graduation rituals and festivities of my senior year, my close friend and confidante, Niki, was struck by a CTA bus on her way to school. One of the most brilliant, beautiful yet small built people I have known, the impact with the large vehicle sent my friend skidding across Halsted Avenue on her head. There was every reason to worry. However, after a fairly lengthy hospital stay, Niki made a miraculous recovery and appeared at our senior luncheon with nothing more than a slight limp. There was much rejoicing after a terrible scare.

Sadly years later, the fallout from the accident reared its uly head once more when Niki suffered a massive stoke that forced her to learn to walk and talk again. Obviously, this much adversity would be more than enough to put most of us in a bad mood, but the always well-dressed, still smarter-than-I-will-ever-be Niki has gone on to earn a law degree, marry her soulmate and become the co-founder of a successful fashion blog:

I have written about my friend Jesika more than once on this page. Jesika, the nonstop hysterically wry and funny presence in my life for 16 years. In late April of 2009, this gifted woman (also a trained lawyer) died after a tragically short 17-day battle with Stage 4 Ovarian Cancer. I will never forget this brief period of illness, not only because it was so difficult for everyone who loved her, but because she never, ever lost her spirit. At our final meeting, before I departed for what turned out to be an ill-timed 10-day trip to Israel (I was not there when Jesika breathed her last), she had her priorities in order: making fun of my “ghetto” black, puffy winter coat, mock pleading with me to get a new one. Despite the months of endless grief that followed, this final taking of the piss could not have been more apt – and comforting.

And only yesterday, I learned of yet another heartbreakingly awful blow dealt to a female member of my graduating class. My first memory of Bahar, a fellow student in Lincoln Park’s International Baccalaureate program, was of her approach toward me, all torn stockings, black eyeliner (it was the grungy 90s after all) and open heart. Another student in the program had mentioned my name to her, favorably it seems. So she approached me on the playground, and after announcing the need for introduction, politely shook my hand – all earnest business.

I never grew as close to Bahar as I often wished I had. She ran with the “cool” crowd, but appeared to be one of the few who actually deserved the label. I never saw her mistreat anyone she encountered, so quick with a smile or compliment. I always admired that as well as her alternative, exotic good looks.

So when a mutual friend sent a link to this story from the Chicago Tribune yesterday, I was heartbroken beyond all reason for my classmate. But I was not at all surprised by the depth of her character that the story portrays:

Bahar met her husband, Nick, two years ago, when he was already sick with an advanced form of the cancer, sarcoma. She fell in love with him anyway, married him despite the inevitable conclusion, and devoted her life to looking for a cure. Sadly Nick passed away December 1st, a mere two months after the couple finally made it legal.

I do not know where she finds the strength. Bahar is my hero. Though we have not spoken in many years beyond the casual bonds of Face Book, she needs to know, as she picks up the pieces of her life, what an inspiration she is to everyone who hears her story.

I don’t know why so many miserable challenges have befallen such a crowd of fantastic young women. I know that life is full of terrible experiences that often defy explanation. I spent all day yesterday, forgive me, coming up with a silent mental list of lives I would trade in order to restore Bahar’s husband to her. But I am not God and I have no say in these matters.

I wrote about this trio of people from my formative years not to point out coincidence, but to synthesize the collective strength of these women. I don’t know if fortitude and moral fiber can be absorbed by osmosis, but in the name of Niki, Jesika and Behar, I am obligated to try.