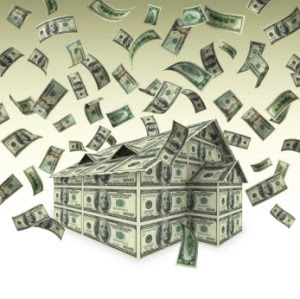 Long before the start of this protracted recession, and prior to the stock market thud of late 2008, I became acquainted with the collapse of an economy at the micro-level. In the late 1990s, as I wrapped up my high school career and entered college as a freshman, my family’s fiscal health imploded alongside the tenacity of my parent’s marriage. My father’s prolonged unemployment begat depression, which led to more fighting than usual, then separation.

As if the family unrest were not enough, my mother’s departure from the family home, where she had long been the sole breadwinner, led to foreclosure and problems with the IRS. Instead of working together as a team to figure a way out of the mess, my mother, who is no longer a part of my life, chose identity fraud as her personal salvation. Whilst I was away completing my degree, she took my very early stage credit rating to the cleaners – to the tune of over $17,000.

As a 22 year-old graduate in 2000, I had neither the means nor the mental capacity to deal with this level of duplicity and ruin. Ultimately, I chose to file for bankruptcy, oddly enough one of the smartest moves I ever made. It gave me a fresh start and the closure I needed to put the last five years of sleepless nights behind me. I am proud to say this bankruptcy finally rolled off my credit report this past March. For a long time, I felt the irony of being one of the most anal, responsible people in existence, but unable to rent an apartment without a co-signer.

But this anecdote is not the point of my post today. Though years of adulthood have helped me put this saga in the past where it belongs, it still very much affects the way I do business today – much to the chagrin of my husband. Call me old fashioned (like REALLY old fashioned), but I do not trust credit, electronic money or other slippery currencies. Once (or thrice) bitten, always and forever shy I suppose. Though I am far more solvent than I once was, I refuse to have my name on a piece of plastic, don’t buy things unless I have the cash in the bank to pay for them, and if I owe the smallest debt to an acquaintance, I pay it off before I have the opportunity to break out into a sweat. Am I scarred or just sensible? You decide.

Anyway, my husband Eddie bought a new sport coat yesterday. I am receiving an award from the Illinois Woman’s Press Association this Saturday, and as part of the deal, we get to attend a fancy luncheon at Chicago’s Union League Club. The sport coat was necessary, so as he trotted off to Macy’s, I felt relatively calm. However, that evening, when he informed me he had charged the $200 bucks spent to his American Express (note: HIS, I have refused to have my name added to the account), I lost it for reasons even I cannot fully understand.

As I tried to work it out, I clumsily explained that once the credit floodgates are open, they are tempting and hard to close. Look no further than the national debt for proof. I somewhat hysterically relayed to Eddie that I know well where that road leads and I’d just rather not risk it. We had the cash, so why didn’t he use it? Answer? Credit card points.

Another schadenfreude designed by predatory card issuers. Yes, we will let you “earn” a free iPod while we hammer away at your debt ratio, making it impossible for you to ever be free of our clutches.

Readers, am I overreacting? Possibly. But the combination of having fiscally irresponsible mentors, and bearing witness to America’s move in the wrong direction, farther away from financial independence each day, only renders me more set in my ways.

I will be back to read your thoughts after I finish stuffing my last paycheck into the mattress.