I made my husband Bob giggle yesterday as we went through our morning routines, which in his case, features sports talk radio. After months of MLB season 2018 anticipation, excitement turned to anger as the Cubs opening day lineup was announced. As I’m prone to doing, displeasure was immediately expressed in colorful language. It was of some comfort to learn I wasn’t alone in condemning Manager Joe Maddon’s strategy. Julie DiCaro of the WSCR-AM 670 is behind the creation of my new favorite Twitter hashtag, #FreeAlmora.

The consistently raw deal shown to my man Alberto Almora Jr. is another rant for another time. The 23 year-old outfielder batted a cumulative .298 during the 2017 season and made but one fielding error. And throughout a depressing National League Championship series, Almora was one of only two players who batted above .222. The other, unbelievably, was pitcher Jose Quintana. To those tempted to look at these stats and argue that Almora Jr. didn’t play every day, I say that’s exactly my point. Whose fault is it that a young and exciting player too often rides the bench?

Kyle  Schwarber’s, or more accurately, Joe Maddon, who continues to put the 2016 World Series star on the field – with disastrous results. By any measure, Schwarber had a rough 2017 season. Things were so bad that the Cubs sent the young player to the minor leagues for a stint intended to help him get his act together. The ploy did not work very well. The 24 year-old batted an anemic .211 on the season, and was a constant source of stress in the outfield. Let us pause to briefly reflect on the two errors Schwarbs made during Game 3 of the 2017 NLDS – in the same play. Brutal.

It’s not as though irritated fans like myself don’t have affection for the guy. His personality is immensely likeable. And of course, the one-time Boy Wonder had a lot to do with finally bringing a World Series trophy to Wrigleyville Nation. Schwarber’s comeback from a season-ending knee injuryto help his teammates end the sporting world’s longest losing streak is a story that deserves to be told for generations.

But this isn’t 2016 and Schwarber no longer deserves the benefit of the doubt at Albert Almora Jr’s expense. Especially in the field. Throughout the offseason, Bob and many other diehard Schwarber fans made much of the player’s dramatic weight loss, ostensibly an effort to lighten his feet in left field. On February 22, Bleacher Nation Tweeted out side-by-side photos of Schwarbs’ physique from Spring Training 2017 versus 2018. The difference is indeed striking, and led the writers to observe:

“This is what incredible hard work and discipline looks like. Anyone want to bet on Kyle Schwarber not having a big season? I’ll take that bet.”

Well Bleacher Nation, I hope your offices are near an ATM, because if Day 1 of the MLB season is any indicator, you’re going to need some cash. Yes, yes I know Schwarbs hit a home run. And that’s just swell. When he hits the long ball, it’s an objectively beautiful sight to behold. However Chicago Sun-Times writer Satchel Price hints at the overall loss resulting from a Schwarber cost-benefit analysis:

“[The 2018 season opener] wasn’t always the prettiest game, including two errors by each team and a brief outing from Cubs starting pitcher Jon Lester, but the Cubs have to be thrilled to come away with a 1-0 record.”

Who committed the two errors from The Cubs side? Let’s read on…

“Joe Maddon…made a couple changes entering the bottom of the seventh, bringing in relief pitcher Pedro Strop and replacing Kyle Schwarber in left field with the defensively superior Albert Almora. Schwarber finishes his day at the plate 1-of-3 with one walk and one home run.”

It’s worth mentioning that the two errors from left field resulted in two of four total Marlins’ runs. So while it’s great that Schwarber contributed to the offense, his defense more than erased the gift. The Cubs won 8-4 and if Maddon is going to continue to put Schwarber’s stone glove in the outfield, we’re going to need dominant bats and solid pitching all season long.

Let’s not risk it. Given the Chicago Cubs’ exciting offseason personnel moves, we have a real shot at bringing home our second trophy since 1908. We can’t afford outfielders giving away free runs, especially against teams stronger than the Marlins.

“How about 9-2 since July 11? Sounds a lot better, doesn’t it? Looks and feels different too. Our cross-town rivals, The White Sox, were kind enough to part with starting pitcher Jose Quintana on July 13, and Q has quickly proven a valuable addition to the Cubbies’ bruised staff of hurlers. His July 16 debut at Camden Yards was verifiably historic, with Quintana fanning 12 batters over seven innings – without allowing a run. Holy Cow! A commanding announcement that the Epstein administration’s eye for the right talent at the right time remains unclouded.

The batting averages clearly have room for growth but Kris Bryant is leading the pack at a respectable .278 (at the time of publication). Wilson Contreras is the best catcher in baseball and in the middle of a red-hot hitting streak. Fan favorite Kyle Schwarber is back from a stint in the minors and crawling from the bottom. And the outfield is much better with a healthy Ben Zobrist and Jason Heyward.

Yes indeed Wrigleyville Nation. Things are looking up. The Cubs remain a half-game behind the first place Milwaukee Brewers, but have widened the gap considerably between themselves and the rest of the NL Central. Can we all just take a moment to savor a fourth-place Cardinals club (with all-due love to Dexter Fowler)?

As I mentioned in a Facebook post yesterday, I’m always elated to #FlyTheW. I’m certainly not looking for trouble. That said, and despite all the winning, there’s a few…curious variables at play. Some strange things are afoot with some of our key players that could impact current momentum. As wizened, sober residents of Wrigleyville Nation, we need to keep our eyes on the following…”

“Anything to take the edge off the reality that the 2016 World Series Champions are a .500 team. Last week was a trying one for the Cubbies and members of Wrigleyville Nation. A road sweep by the Los Angeles Dodgers and a disastrous Monday start to the San Diego series. I believe All-Star first baseman Anthony Rizzo bespoke the surprise and frustration of many fans in a post-game interview exchange transcribed by Comcast Sports Network (CSN):

‘Rizzo couldn’t believe it – ‘Did we walk 10 times?’ – when a reporter mentioned another part of the box score. ‘That’s a formula that usually shoots out more than two runs.’

Indeed, Tony. Indeed. Rizzo continued his extended foray into understatement by concluding, ‘It’s not all peachy right now…We got urgency. We’re grinding. We got a lot of guys that grind and will continue to – no matter what. We’ll keep playing hard…that’s really all you can do.

Nothing seems to be working the way it should for the Cubs. The starting pitching rotation has struggled to bring down a combined 4.58 ERA. After high hopes and much praise for the unconventional genius of the move, Kyle Schwarber has done nothing in the leadoff hitting position, and has been haphazard at best in the field. Addison Russell remains a defensive phenom – with a bat as cold as ice.

And take our bullpen – please.” 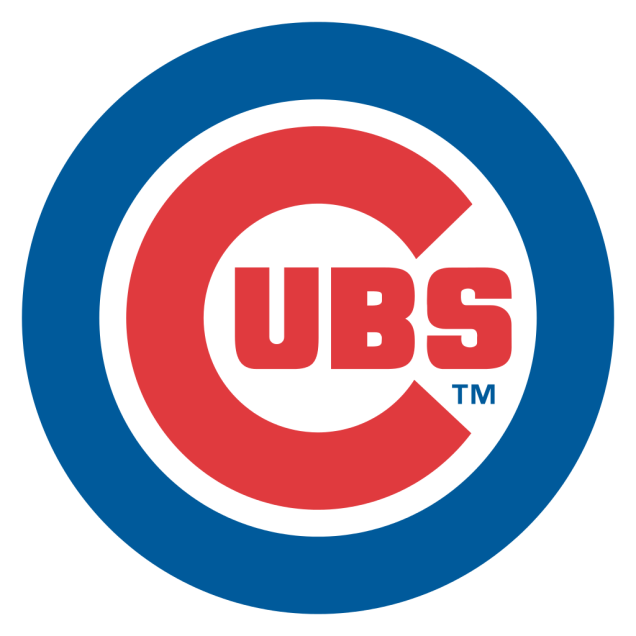 “Then Schwarber was carted off the field. The 23 year-old lefty hit 16 home runs in 69 games for the team last season, and was anticipated to be an integral part of the Cubs 2016 offense. As he left the diamond with the help of trainers P.J. Mainville and Ed Halbur, you could hear the collective groans inside the park and out. This is how the implosion starts, right?…

In a highly competitive NL Central Division, the Chicago Cubs are off like a shot with a 14-5 record that puts them ahead three and a half games over the Cardinals. It is but April and there’s much baseball to be played, but the Cubs are so stacked with talent, from the office to the dugout to bullpen and field, that the old cynicism model appears hopelessly outdated.”

“While I’m sure I’m not alone in confessing myself disappointed by Bryant’s lackluster post-season performance, the announcement offered occasion to remember how truly great he was throughout 2015. Bryant was a huge factor in the Cubs’ 97-game winning season, hitting 26 home runs and driving in 99 RBIs. Both of these statistics represent Cubs rookie records. Bryant also logged a .275 cumulative batting average and stole 13 bases. The numbers tell the story that the pain in our hearts almost occludes us from reading. Bryant had a great year, and under the capable management of Joe Madden, he’ll only get better.”