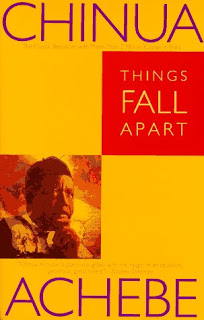 Growing up in the 1980s, it was easy to believe that the United States was the only country in the world, or at least the only one that mattered. During the Reagan era of total cultural insulation and paranoia, Cold War indoctrination was barely questioned. That the Soviet Union was a jealous, constant threat to our national security was a given. Africa was the beneficiary of telethons and fundraisers, not the continent from which all humanity sprung. Think “We Are the World,” “Man in the Mirror” and the AIDS epidemic. I didn’t even learn of Lucy the Australopithecus until I went to college.

Part of my worldly ignorance during the “Me” decade can be blamed on a parochial Lutheran education more concerned with churning out students who can list the books of the Old Testament rather than master geography. But upon reflection, there was also a pervasive national arrogance that rather discouraged intellectual curiosity outside our borders. We had MTV, Diet Coke and we were winning the Space Race. Why bother with anything else?

In the mid-1990s, twin influences began to transform my limited perspective. As a member of the Chicago Children’s Choir, I played, rehearsed and traveled with a multi-cultural group of peers that afforded me the opportunity to perform in countries as far-flung as Russia, Poland and South Africa. And it was as a student enrolled in Lincoln Park High School’sInternational Baccalaureate (IB) Program that I became acquainted with curriculum and texts outside the Euro-American canon.

Junior year, as part of a World Literature class, I was introduced to novel entitled Things Fall Apart by an African writer named Chinua Achebe. An Achebe obituary published today in The New York Times provides the following plot summary: “Set in the Ibo countryside in the late 19th century, the novel tells the story of Okonkwo, who rises from poverty to become an affluent farmer and village leader. But with the advent of British colonial rule and cultural values, Okonkwo’s life is thrown into turmoil. In the end, unable to adapt to the new status quo, he explodes in frustration, killing an African in the employ of the British and then committing suicide.”

I am almost ashamed to admit that this book was the first perspective suggesting that white imperialism might be other than a boon to the infiltrated nation, to which I had been exposed. In the same way that primary school education managed to juxtapose “Manifest Destiny” and studies of Native American Culture while deftly sidestepping suggestion that one was responsible for the annihilation of the other, so too did subversive Anglophilia ignore the stains left by British colonialism across the globe.

I was never able to bury my head in the sand again, and I am certainly a more well-rounded individual for it.  Much as the biblical Adam and Eve became suddenly aware and humiliated by their nakedness pursuant to eating from the Tree of Life, so too did I grow embarrassed by bilingualism in my sphere of influence that began and ended with Spanish-language segments on Sesame Street. Achebe’s work included a focus on the ways in which language can act as a barrier between two cultures, or perhaps more malevolently, the ways in which imperialist nations can leverage their tongues and customs to suppress the “other.”

This awakening dovetailed rather perfectly with the 1980s-era social arrogance and hubris I had only recently begun to contemplate. Those nations with a command over the English language participated in ideological reproduction and took their place in the international hierarchy. And by what merit had that happened? Is there any skill involved in having bigger guns and more Bibles? The French classes which were part of my personal IB curriculum track thus took on a new importance. I did not want to be “that” American anymore, the one who assumed that everyone in the world worth knowing would speak in my tongue.

Young Americans in the 21st Century take globalization for granted. The world has been flat for as long as the Internet and cell phones have made neighbors of us all.  The U.S. ability to set the world agenda is no longer assumed to be part of the national birthright. Today’s youth are often enrolled in learning institutions where white English speakers are the minority.  As a result of many influences, including immigration, it is estimated that 20 percent of our citizens speak at least a second language at home. And though he cannot be exclusively credited for our collectively growing cultural awareness and evolution, Mr. Achebe, who died today at the age of 82, is directly responsible for one woman’s removal of the “American Way” from an unquestioned pedestal.