Living in Chicago, some form of sexual harassment, however mild, tends to be a typical facet of the average woman’s day. I was inaugurated into this confusing and often humiliating world of gender politics at the age of 13, when I began to receive car horn honks and wolf whistles from older teenage boys and grown men as I navigated the streets solo, or with a girlfriend. For many reasons, I could not begin to comprehend the behavior of these gentlemen. I was cognizant of the fact that I was still a child, and not a very attractive one at that (then as now, I was a frustrating mix of social awareness and shallow insecurity).

As with any minor annoyance, it began to recede into the background over the years, one of those tradeoffs you have to accept as a devotee to urban life. Boys will be boys and all that.

As I entered my 30s, and paradoxically gained more confidence in my overall appearance (Botox injections, adult braces and a brilliant hair stylist and personal trainer were undeniable assets), I noticed, with a surprising degree of disappointment, that the incidence of wolf whistling began to decrease markedly. Where I should have been grateful for the opportunity to traverse the streets in peace, I was instead petulantly annoyed that the Neanderthals of the Windy City had ignored my realization of true pulchritude capabilities in favor of younger, fresher targets.

My temporary salvation from increasing awareness that I am growing older, and thus less attractive to immature fellows seeking temporary diversion, arrived at a rather unlikely hour. Last night I left the gym after a strenuous group Russian kettlebell class, and took to the streets sweaty and unkempt. I was wearing a damp t-shirt, yoga pants and an exhausted look as I waited for the Northbound Red Line train that would take me back to my studio in Rogers Park.

I was engrossed in a copy of Jonathan Franzen’s marvelous Freedom, when out of the corner of my eye, I noticed a rakish, extremely drunken young man approaching me. He could not have been 25 years old, yet with his confident smirk and Max Headroom sunglasses, he instantly reminded me of Tom Cruises’ character Brian Flanagan from Cocktail. The boy was a staggering, inebriated wild card and I was mostly concerned that I was about to witness someone die via third rail electrocution.

However, Mr. Flanagan had other plans in mind for a sweaty and irritated yours truly. “Whatcha reading beautiful?” he slurred over my shoulder.

Since I have already exposed myself as a shameless, compliment-seeking source of vapidity, does it surprise you to know this brought a smile to my face? I quickly displayed the cover of my book and figured that would be the end of the over served fella’s attentions. Not so.

“You’re pretty,” came next. Clearly, in the condition which I have described, I was as far from gorgeous as my new friend was from sobriety, but he really was adorable. In another decade, this story may have had a different ending.

I thanked my suitor politely and turned my attention back to the book as the train approached. Mr. Flanagan went quiet as well as he weaved perilously close to the tracks. However, he was apparently just saving his strength for his next attempt to engage me. This was executed via a comical attempt to pretend as though he was opening the train car doors with superhuman strength, just for me, as he loudly shouted “Move aside people, pretty girl coming through!”

The train was packed, as was the platform of would-be passengers, and by now, for a multitude of reasons, people were staring at us. They leered at Mr. Flanagan, curious as to how a young kid commuting alone could be so dead drunk at the early hour of 8pm. They were staring at me too, wondering what this disheveled aunty had done to arouse such attention.

And where I ought to have been embarrassed and revolted, I was instead pleased by this display. Clearly, this says nothing attractive about me whatsoever, but there it is.

The battle to achieve and maintain some sort of consistent self-esteem has been one of the prominent features of my time on this planet. My ego is a fragile as gossamer and subject to others’ approbation to a completely unhealthy degree. This state of affairs extends not only to my personal appearance, but my work, my social standing and family relations as well. I am introverted and standoffish by nature until I am teased out with some sort of approval. It is one of the parts of my character that I view with the most disdain, but I am actively working to resolve it.

Clearly however, my personal growth arrives in peaks and valleys. I had gleaned the wrong kind of attention from the wrong person for all the wrong reasons, yet I slept soundly knowing that I hadn’t yet jumped the catcall shark. 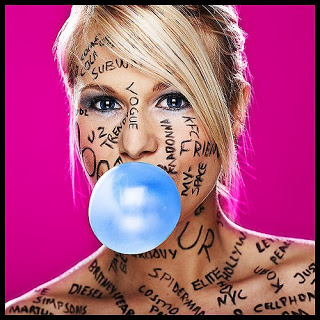 I don’t know about you guys, but my brain hurts, not in the “I’ve been concentrating too hard and now I need an aspirin” way. It’s more like, “OUR SOCIAL FABRIC AND THE WORLD ECONOMY ARE DISINTEGRATING BEFORE MY EYES! AH! EVERYTHING SUCKS BUT THE WORLD CUP! WE’LL NEVER BE ABLE TO ‘WIN’ IN AFGHANISTAN! THE GULF IS TOAST! MAYDAY! HELP!”

Yeah it’s kind of like that. I know that awareness and consideration are part of my job as a responsible American citizen. If I attempt to bury my head beneath clouds of sunshine and rainbows, in the first place I will find no such place exists for my weary noggin’. But in the second, I understand that avoidance of circumstances never, ever leads to resolution. I am but one small person in this terribly troubled global community, but I am committed to doing whatever I can, whatever form that takes, even if my only available weapon is the pen, to move our human race forward and out of this persistent downward spiral.

That said, there’s nothing illegal about taking a break from absorbing the constant assault of bad news (Russian spy cells are active in American again!?) and indulging in a bit of escapism. My drug of choice for dulling my overstimulated senses is the popular gossip website run by mini-media mogul Perez Hilton, though one could easily substitute E! media, Entertainment Tonight, TMZ or a host of other pop culture news outlets.

After spending half my lunch hour furiously clicking the buttons of my Blackberry, trying to drink in as much nonsense in 30 minutes as my limited vision could stand, I spent the next few moments challenging myself (using the word “challenge” very loosely) to come up with stream of conscious impressions of my information gathering. Ah but that we could always live in the comparatively simple world of entertainment reports! My thoughts went something like this, and in EXACTLY this order. After all, I must remain faithful to the parameters of this exercise:

– So Mel Gibson’s left his wife of 28 years, the mother of seven of his children for a plastic-faced baby tramp, and now she’s stirring up ugly allegations of abuse and non-payment of child support? Perhaps conservative Catholic types ought to broaden their studies to include the Eastern philosophy of karma.

– WHY am I still reading about Heidi and Spencer? No seriously, someone tell me why. I have never watched an episode of The Hills in my life. And yet I am somehow dying to find out if their “divorce” is a sham or not. These two have the oddest, most predatory love story I’ve ever seen play out publicly. It’s like Star 80 for 2010. Except Heidi is no Dorothy Stratton.

– Lindsay Lohan – Linda Lovelace, SCRAM bracelets, a new Lohan reality show and father Michael is engaged to a 25 year-old who also once dated Jon Gosselin. Not sure who the current poster family for white trash America is since the Hogans slunk off into ignominy, but I think we have a clear front runner.

– I hate the new season of So You Think You Can Dance. Eliminating Mary Murphy from the judges table was the dumbest decision ever, and I don’t accept a clearly-trying-to-be-less-of-a-bitch Mia Michaels as a substitute. I want back on the Hot Tamale Train!

– I still miss Lost as much as I did six weeks ago. When will I get through the withdrawal?

– I can’t believe Michael Jackson has been dead a year. I still can’t believe he died at all. People with that much talent always seem immortal.

– So stoked for the next season of Weeds. Zack Morris is going to get some good loving and herb from Ruth Jamison. My little 80s and 90s heart goes pitter patter at the prospect.

– I still don’t care about any of the following and vow that I never will:Harry Potter, Twilight and True Blood. Do we still need fantasies and monsters anymore? The world is frightening enough. Although I do find Emma Watson adorable. R-Patz? Over it! However Taylor Lautner is more than welcome to do other films where he doffs his shirt and I will consider attending. Meow.

– Tom Cruise is a fabulous actor, but I think consumers are telling him they’d like him to disappear for awhile. Think Jeff Bridges. He dropped off our pop culture radar for a time and came back with an Oscar. You don’t have a Golden Guy, do you Tom? Food for thought.

– Midway through the year and my favorite celebrity of 2010 remains Brett Michaels. I am as shocked by this as anyone. Dude is just so disarming.

See the answers are easy at this low brow level! I feel invigorated, don’t you? We now return to our regularly scheduled program of gloom, already in progress…