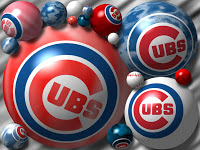 Drum roll please…this is our 101st post! I just became aware of this milestone as I sat down to the computer. On the one hand I can hardly believe I have found so many topics and occasions on which to blabber, and at the same time, I feel like I’m just getting warm. Sorry folks – Becky Boop is here to stay. My thanks to everyone has read along with Jen and I the last 7 months.

I have had a curious relationship with my favorite baseball team, especially this decade. Like that old friend who annoys you more than anything else, the one your husband/wife/girlfriend/boyfriend/partner asks you why you keep around, and you don’t really have an answer? This friend only calls you when he/she is in trouble or needs to borrow something like your car, couch or money. They have no discernible ambition or skills and may still live with their parents. In short, they’re a royal pain in the ass, always taking and never giving. But somehow you just can’t seem to let them go. They’ve been in your life forever and you don’t know what it would look like without them.

So it is with me and the Cubbies. We quarreled badly at the end of the 2008 season. Or rather, I was left in shock in my living room, clutching myself to quiet the shivers and wiping my tears as another false promise was made from April-September. I will not rehash what went down. It was tragic.

When Spring Training 2009 rolled around, the familiar murmurs of the Cubs being “loaded with talent,” began. I tuned them out. I would not be fooled again. I kept the team at arm’s length, the way you avoid hugging or kissing your Mom when she drops you off somewhere to hang out with your friends. You know she’s there and you love her. You’re just too embarassed to acknowledge her. “Talent nothing!,” said I. Bah! If the Cubs could finish with a 97-64 record last year, make history by tying the record for the most All-Stars on any one team, watch Big Z throw his first no hitter, and still get swept in round 1 of the NLCS? Phooey. I will believe no more.

And it seemed I was on the right track. The Cubs woefully underperformed before the All-Star break this year. Injuries, the returning suckiness of Fukodome, the shittiness of big name pickup Milton Bradley, and worst of all, the seemingly hapless attitude of Big Lou. I felt smug in my aloofness, smiling wickedly and knowingly at the twinkling ballpark lights I can see from my living room.

I have three acquaintances who shall remain nameless (my father, Theresa and my trainer Rob). These individuals have tried to sell me their theory that last year the Cubs crumbled under the weight of high expectations. After their humiliating exit from the first round of post-season play, the bar is set so low this year. Wouldn’t it be just like the Cubs to sneak up and take it all now? It’s a nice thought but I just don’t associate the North Side team and winning, no matter how perverse the circumstances might be. I snickered at these people. Fools.

And yet this week, I have become aware of an unconscious stirring in my breast. The month of August is upon us and the Cubs appear to be in the division race. As of the time of this posting, they are in a dead heat with the St. Louis Cardinals. Dammit. There was an exciting game this week, which ended in a walkoff grand slam by the not-good-often-enough Alfonso Soriano. Double dammit. Because, somehow, though I thought I was enjoying the view in my lofty tower, I have begun to care again. I am being sucked in.

Do not accuse me, as you might, of being a fair weather fan returning to the fold in times of calm. I have sat through many a game, live and on TV, happily during years of mediocrity. I just can’t tell you how bad I wanted it last year, and how much I truly believed it was going to happen. I worked it up in my head that 2008 would be the best year ever because Obama would be our new president, and the Cubs would win the World Series. I was left to console myself with 50-50. Can I really put my heart on the line again?