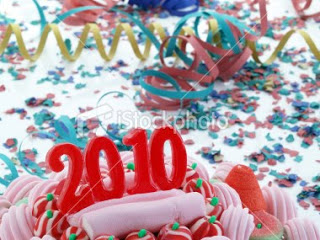 We were warned, and braced ourselves for a rough 2009. We knew the economy would remain rickety and jobs would be lost. We knew we’d have a long fight ahead of us, after the initial glow of the Obama inauguration wore off, when it came to reforming health care, making choices when it came to war in Afghanistan, and wrestling with the many other formidable challenges confronting the nation. For these struggles, we hunkered down and prepared to tough it out.

What was less expected this year, and what brought some of us to our knees intermittently (including this blogger) was the daunting glut of personal tragedies that seemed to pop up every eight weeks or so. It was enough to endure my husband’s job loss, the deferring of our dreams of home ownership for another year, and the shaking of our faith in the consistent growth of the American economy. Add to it the death of loved ones (twice), infidelity, a sick niece, the mental collapse of a father, swine flu and well, you get the picture. 2009 was unkind on more than one occasion.

But as of midnight tonight, or so I keep telling myself, all that bad ju ju is behind us and the world gets a fresh start. The best news is that for all the punches 2009 was able to pull, she has a shelf life, just like every other year. Tomorrow morning when we wake up, not only is it a new annum, but a whole new decade. The Winter Olympics will dominate your television screens in a couple weeks, a fresh reminder of that unifying, competitive spirit that can elicit beauty from international cooperation (not just the groans of agony from another fruitless climate summit). 2010 feels positively pregnant with promise.

New Year’s Eve is typically the night for binge drinking and partying, at least for the urban, childless set, but I am going with a quieter welcome this round. Instead, I’ll be eating pizza in the ‘burbs with Max, Jen, KK and Rosebud, cherishing my family and basking in the warm feeling of belonging. No fabulous downtown soiree can compete with cuddling my nieces.

Happy New Year everyone. Be safe, be warm, be loved and join me in welcoming a new beginning.