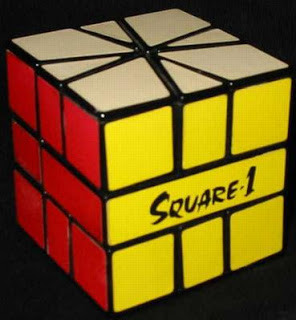 I am done with the CNTP (Chicago Neighborhood Tourism Project) at the City. If this seems rather abrupt, well it kind of was, but like with any decision I make in life, the seeds of certainty that this is the right move were sown awhile ago.

When the project began, it was all about the fun of exploring the City and sharing my research and findings in ways that would enrich the tourism experience, for locals as well as visitors. But as all City funded projects seem to do, this one started to derail. Between 1/29 and Monday morning, I worked with, and lost, three research partners (including the first and greatest, my Sammy Boy). I injured my hand on the job in mid-January. The fieldwork part of the position became less important over time as data entry and other bureaucratic initiatives began to trump hard research. In the early weeks of this month, I found myself continually getting up at 5 AM and trudging through the cold to reach the office in order to catch up on busy paperwork.

Bah! The very situation I had determinedly abandoned when I left the corporate world last May. At the risk of sounding like a totally delusional hippie, this is not life man.

With all the hours I spent devoted to spreadsheets of late, for slightly more than minimum wage, I began to feel like maybe I had taken my eye off the prize. I left the ADA last year to be a writer, not to spend my days typing data into Mircosoft cells. The job was initally supposed to last four months, but my contract was extended, and a little voice instead my head started to whistle with increasing volume that perhaps I had been hasty in agreeing to continue.

So anyway, I sort of came to earlier this week and resigned. Low and behold, that insomnia I have been battling for the last six weeks has evaporated. I have slept like a lamb since Monday night. I understand, belatedly, that my conscience, the part that felt obligated to stick it out until the end of April, was wrestling with my will and desire, which was to catchup on freelance projects, and make the time to find actual writing employment.

But I have freed myself from that moral picadillo now, and perhaps I ought to feel more guilt and panic (I have spent a lot of my years hanging out in these twin cities), but I don’t. I have a lot to look forward to. Eddie and I are moving to a great new place in Rogers Park on March 27th and someone has to get that business underway. The Shamrock Shuffle is on March 21st, a week before the move, and I’m training harder than even I believed I would. Team June/Jesika will strut its stuff on May 1 for the three mile Ovarian Cancer Walk, in memory of two of the most awesome women I ever knew. That same day, I’ll find out if I am an Illinois Woman’s Press Association award winner.

And somewhere in all that, there’s another job for me. I know the economy and the market still suck, but I believed in myself enough to walk away from a stable corporate gig, at the worst possible time, almost a year ago. When I did, it was with the certainty that this road was going somewhere – this path I’ve been wandering with a pen and paper in hand was going to lead me to career fulfillment. Despite this minor setback, I am not giving up.