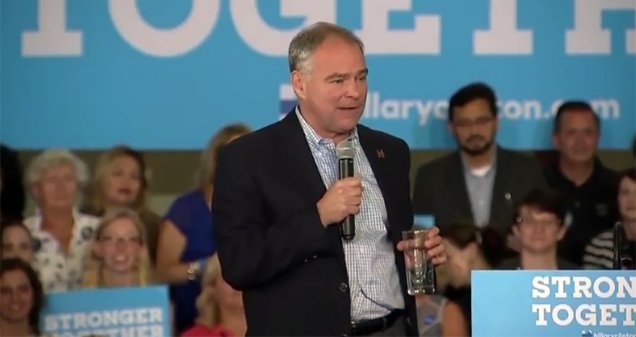 “It’s now abundantly clear that I and others who placed Kaine in the category of benign, unthreatening or more of the same had it all wrong. Because although the Senator poses no menace in the traditional, physical or emotionally aggressive sense, he is nonetheless kind of revolutionary. And a real thorn in the side of the Trump/Pence ticket.

The country has gotten to know Tim Kaine better over the last few months. Though the sole VP debate remains a shrill blight on the candidate’s otherwise appealing canvas (in interruptus style, if not policy and factual substance), liberals and moderates mostly like what they see. His approval rating is above 50 percent in his home state, notable in a land that leans red (as of the 2014 midterm elections). Nationally, there’s a little something for every voter demographic: devout Christian faith and missionary work, fluent Spanish-language skills that connect directly with 52.6 million native and second-language speakers (a population larger than Spain) and a stable legislative record largely devoid of flip flops. There’s also – pleasant surprise of all surprises for this pundit – a strong, defiant feminist streak.”