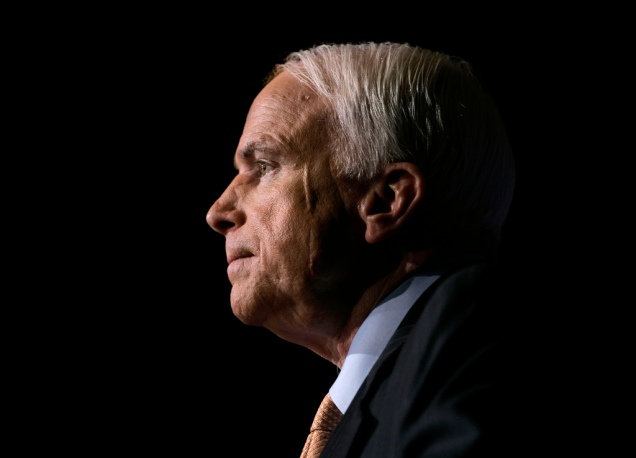 “John McCain will be missed dearly. He was unpredictable. He was a man who loved his country and had enough character to shut down racist white voters pliant to Republican dog whistling. I was watching live in October 2008 as McCain appeared at a Town Hall event in Lakeville, Minnesota. I don’t remember much that was said, but I will never forget these words in defense of then-Democratic candidate Barack Obama, who has just been disparaged as an untrustworthy ‘Arab:’

‘No, ma’am. He’s a decent family man [and] citizen that just I just happen to have disagreements with on fundamental issues, and that’s what the campaign’s all about. He’s not [an Arab].’

From the vantage point of September 2018, that kind of character seems lamentably noble and quaint.

And I suppose that sense underpinned the double consciousness experienced as I watched coverage of McCain’s State funeral this long weekend. The country and its leaders were not just coming together to mourn the loss of an American icon. As we listened to the passionate and powerful words of those who eulogized the deceased -Vice President Joe Biden, President Barack Obama, and hell, even Dubya – it was hard to escape the feeling that something more than the Arizona Senator had endured a slow and painful death.”