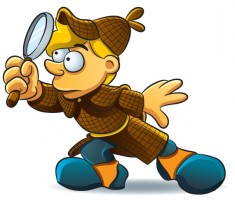 Ok, not all of these stories have flown completely under the radar, but Trump and his shit show tend to consume everything in their path. Let’s remind ourselves that other stuff actually did occur this week….

The Giuliani crazy train continues to roll through America. While much of the nation has been focused upon Donald Trump and allegations of sexual misconduct, Giuliani doubled down on his own warped hallucinations, claiming Hillary Clinton lied about being in New York during the 9-11 terrorist attacks and their aftermath. One problem: there’s a photograph of Giuliani walking right next to Clinton through the streets of Manhattan during that period. I can guarantee that the Trumpsters who believe everything they hear from campaign surrogates will accept this bald-faced lie as fact, and therein lies the danger. As soon as a claim is made, no matter how insane, it’s set in stone and repeated ad nauseum. It’s a relentless task but it’s incumbent on the media (and bloggers) to continue to counter the outrageous, with the hope that reality seeps into the consciousness of the public majority.

Trebek has been hosting Jeopardy! for more than three decades, and apparently he’s weary of maintaining his long-standing image as a dignified smarty pants. On an episode of the game show that aired this past Wednesday, Trebek called one of the contestants a “loser” during the requisite “get to know you” segment. Susan Cole mentioned her love of “nerdcore hip-hop” and his response was anything but kind and tolerant.

Answer: This cultural icon behaved like a judgmental ass on one of the nation’s longest-running intellectual competition programs.

Question; Who the hell is Alex Trebek?

Yep. This week, singer-songwriter Bob Dylan was awarded the Nobel Prize for literature for “having created new poetic expressions within the great American song tradition,” according to the judging panel.

Confession for which I risk Internet pile-on: I’ve always felt that Dylan is a matter of taste that doesn’t suit my palette. But I’ve enjoyed covers of his songs from other artists (Jimi Hendrix’s “All Along the Watchtower” for example). I suppose this supports his award. I don’t personally enjoy Dylan’s style or delivery, but other renderings of his work allow the messages to touch me. Congrats Bob.

One thought on “Missing in Action: The Week’s Overlooked News Stories”